Your favorite brands are funding the anti-abortion, anti-justice agenda

Corporate America is one of the largest supporters of anti-choice, anti-women politicians — even those who claim they are pro-woman. Some of the worst offenders champion anti-choice candidates at the local, state, and federal level, empowering an extremist agenda that is not only anti-abortion and anti-women but antithetical to equality and justice.

As consumers, we have the power to hold corporations accountable and demand they actually stand for the values they sell in PR statements and advertisements. This is why UltraViolet is collecting the receipts and launching a major campaign calling out six of the biggest companies in America to stop supporting the dangerous anti-women, anti-justice political agenda.

But we need your help to show that consumers care about reproductive rights and will not stand for corporations funding extremist politicians like Senator Ted Cruz. Earlier this month, Sen. Cruz attempted to pressure the Food and Drug Administration to continue its restrictions on medication abortion. Cruz stated, “Pregnancy is not a life-threatening illness,” despite the rising maternal mortality rate in the country, especially for women of color.  Can you join our campaign?

Thank you for standing up for #reproductive health and justice

$153,500 (53 percent) of Procter & Gamble’s total political giving in 2020 was to anti-choice candidates or their associated PACs.

$220,350 (51 percent) of Disney’s total political giving in 2020 was to anti-choice candidates or their associated PACs.

Corporations give to political candidates in a variety of direct and indirect ways. UltraViolet has been tracking the political giving of the top 250 companies in the country. Our data tracks multiple streams of political giving and provides the #ReproReceipts to show that corporate America’s PR values do not match their money trail.

How corporations fund the anti-choice agenda: 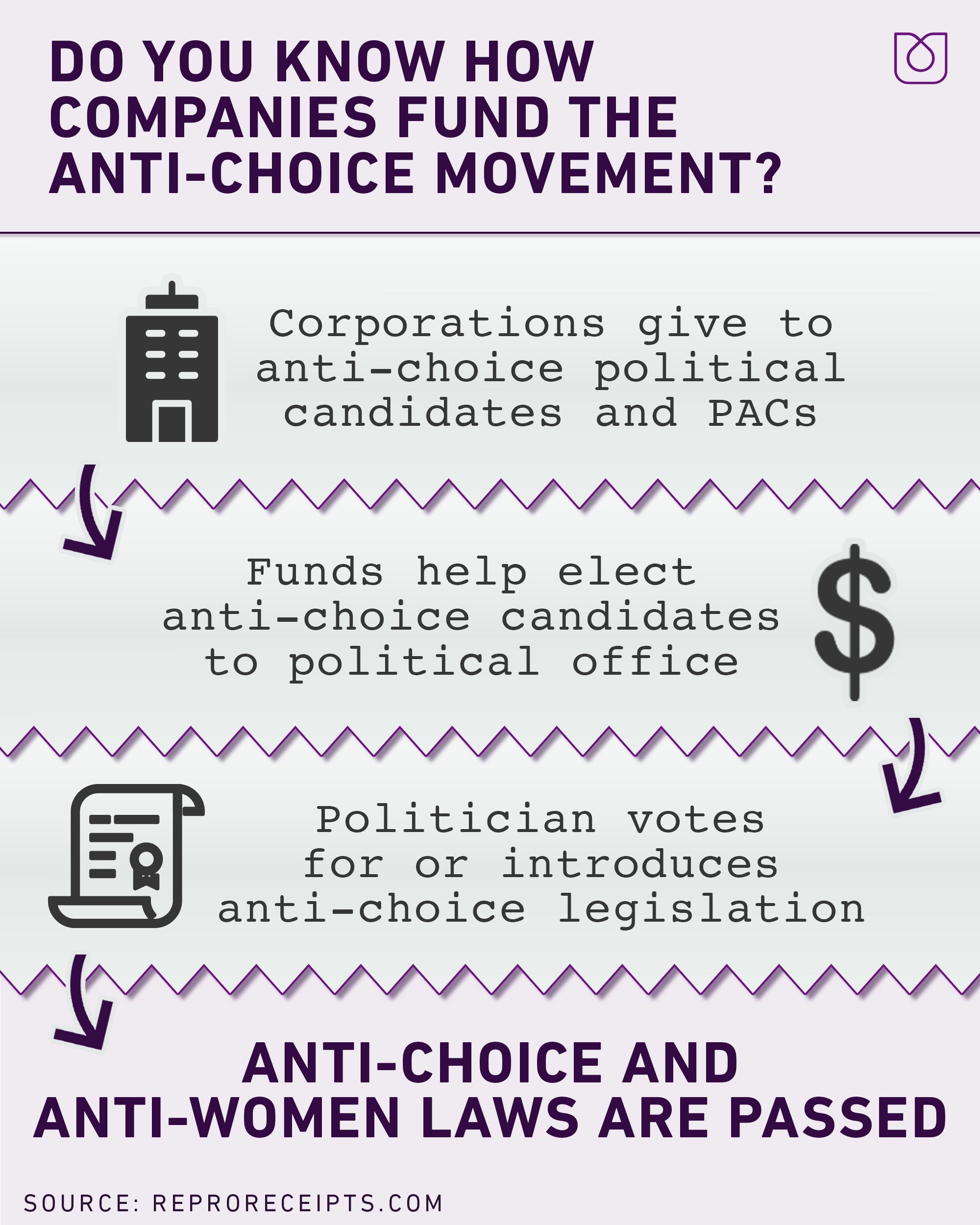 527 Political Committees: A 527 group is an IRS section 527 designated nonprofit organization such as a political party, committee, association, or fund operating primarily for the purpose of influencing the election or selection of candidates to political office.

Political Action Committee (PAC) — A political committee organized for the purpose of raising and spending money to elect and defeat candidates. A majority of PACs represent business, labor, or ideological interests.

Many corporate PACs give to “Leadership PACs,” which are PACs formed by politicians to help fund other candidates running for office who are ideologically or politically aligned.

WATCH: Our ad calling out Nike, Disney, and AT&T running during the NBA finals!

By signing this petition you are agreeing to receive periodic email updates from UltraViolet.