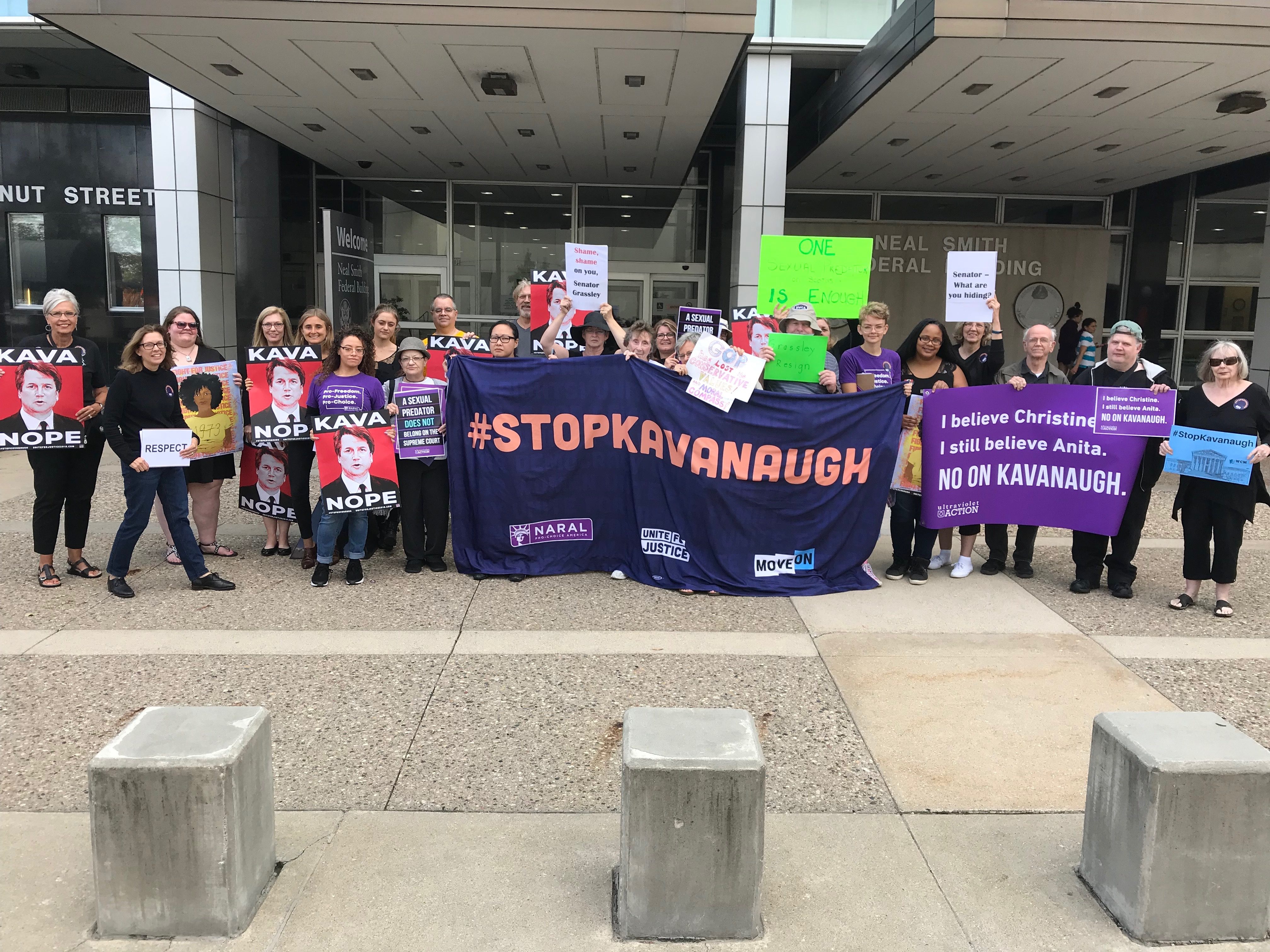 “We ask that you publicly oppose Kavanaugh and call to cancel the vote on his confirmation. Kavanaugh already poses a threat to millions of people, especially women,” Peggy Schmitt from UltraViolet said during the protest.