As Netflix Continues to Hold Strong to Its Discriminatory Parental Leave Policy, Activists Protest at Headquarters 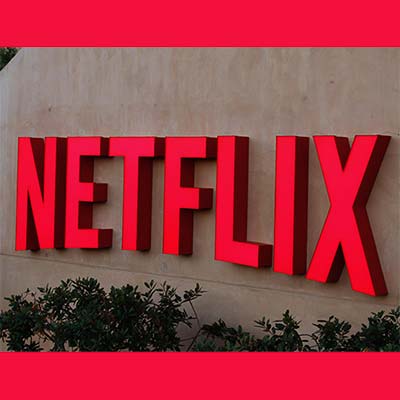 **VISUALS: Signs of Netflix’s parental leave benefits are “buffering” at 1%; fake Netflix DVD sleeves with members’ comments (to be slapped onto Netflix property)**

LOS GATOS, Calif. – On Tuesday, September 1, a broad coalition of activists – from organizations including UltraViolet, NARAL, Working Families Party, Democracy for America, Make It Work, and Coworker.org—will descend on Netflix’s headquarters to protest against the company’s discriminatory parental leave program and demand that they expand the program beyond their wealthiest workers.

The groups have collected over 100,000 signatures after a closer look at Netflix’s “unlimited” parental leave policy exposed that only employees making as much as $300,000 would get to benefit from the policy–not the lower-paid employees who need parental leave the most.

“Netflix is struggling to defend why its new parental leave isn’t offered to ALL of its employees, said Shaunna Thomas, co-founder of UltraViolet. “Netflix is leaving workers who could benefit the most from a generous paid leave policy behind and that is unacceptable. With childcare costs skyrocketing nationwide, hourly workers at Netflix need parental leave more urgently than ever. For that reason, people are watching Netflix right now to see if they do the right thing.”

“Neflix’s unlimited family leave policy for highly paid workers was a splashy premier, but we’re more than ready to skip ahead to season two, and see the company offer the same policy to all their workers,” said Amanda Johnson, Working Families Party digital director.

“It’s wrong for Netflix to create two classes of employees. Already, there’s a divide between higher income earners (especially in the tech industry) and low wage workers in terms of access to important benefits like parental leave,” said Shannon Murphy, creator of the petition on Coworker.org. “Netflix shouldn’t be contributing to this inequality within its own company. The warehouse workers and customer service employees deserve to benefit from the same ‘freedom and responsibility’ culture Netflix says it works to create.”

“While we were encouraged by Netflix’s initial announcement expanding their parental leave policy, by leaving out certain of its workers, Netflix is creating two classes of employees,” said the co-founder of the Make It Work campaign, Vivien Labaton. “And that just isn’t good enough for the hundreds of working women and men who are left without the chance to earn their way and take care of their loved ones.”

“Lower income workers are no less deserving of the best health benefits that a company can offer, but that’s the message that Netflix is sending to its employees and the business community at large,” said Sasha Bruce, senior vice president of NARAL Pro-Choice America. “Netflix has an opportunity to course correct and treat ALL their employees fairly and equally if they’re going to claim to be concerned about employees having the flexibility and confidence to balance the needs of their growing families without worrying about work or finances. Americans are watching what Netflix does next.”

“The need for family leave doesn’t discriminate between hourly and salaried employees, and neither should Netflix’s policy,” said Mia Moore, Chief of Staff for Democracy for America. “When they offer all employees equal benefits, we’ll applaud Netflix for setting the standard and being a national leader in family leave policies.”