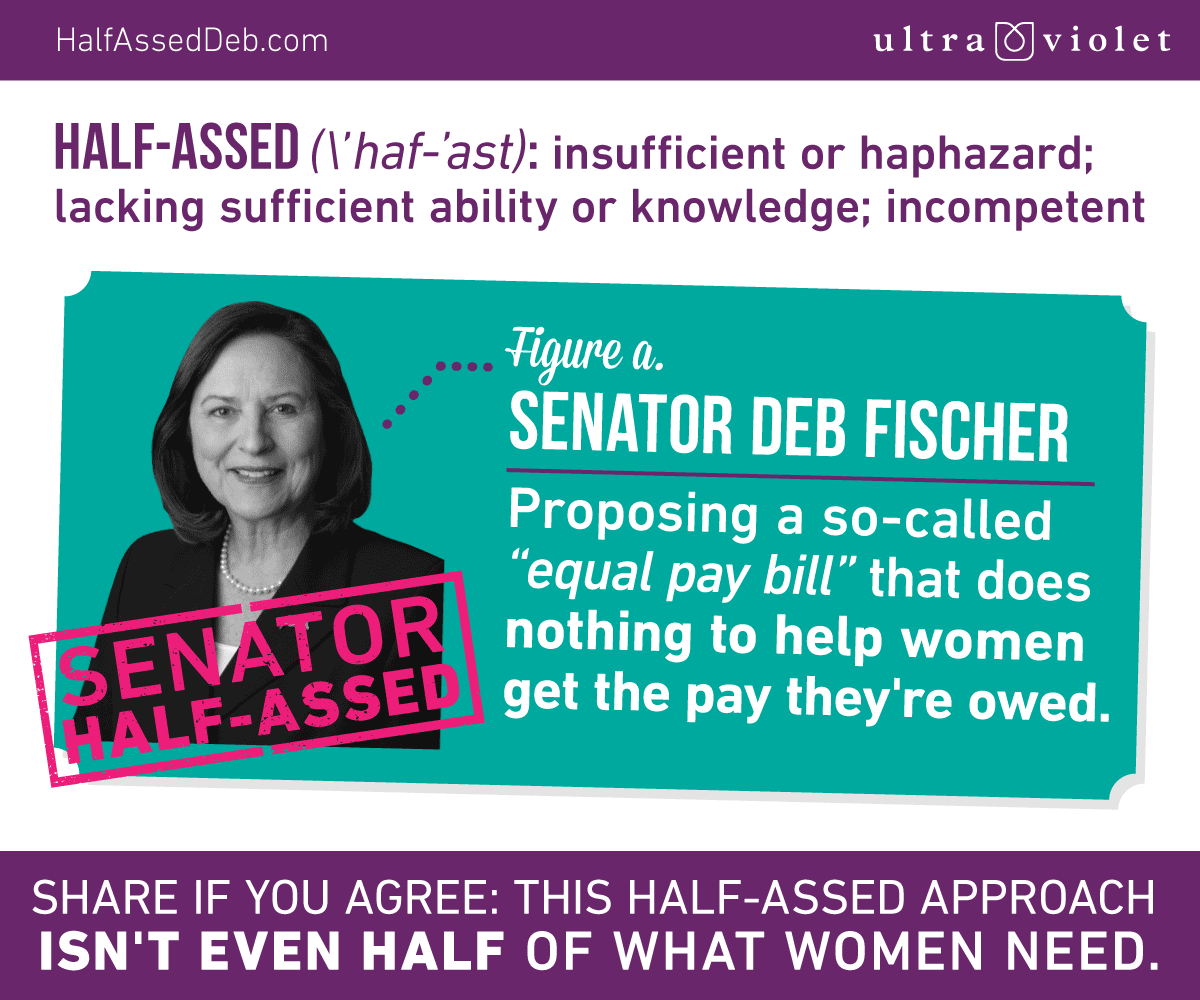 NEBRASKA — UltraViolet, a national women’s advocacy group has launched a new microsite www.halfasseddeb.com targeting Nebraska Senator Deb Fischer over her introduction of the Workforce Advacement Act in the Senate.  Advocates from UltraViolet argue that the legislation fails to adequately address the gender pay gap and does nothing to help American women get the pay that they are owed.

“America’s women deserve better than Half-Assed Deb’s half-assed solutions,” explained Karin Roland, Chief Campaigns Officer for UltraViolet.  “The Workplace Advancement Act fails to recognize the realities that American working women face:  the pay gap is real, women on average are paid only 79 cents to every dollar a man earns, and that gap worsens considerably for women of color. With women making up half of the US workforce, and serving as breadwinners in three-quarter of America’s household, unequal pay has a real impact on families, and the economy.”

“The Paycheck Fairness Act, introduced by Senator Mikulski, would help women get the back pay they’re owed, and protect women from retaliation for discussing salary disparities. It’s the kind of bold solution to the pay gap that women need, and that Senator Fischer should support,” added Roland.