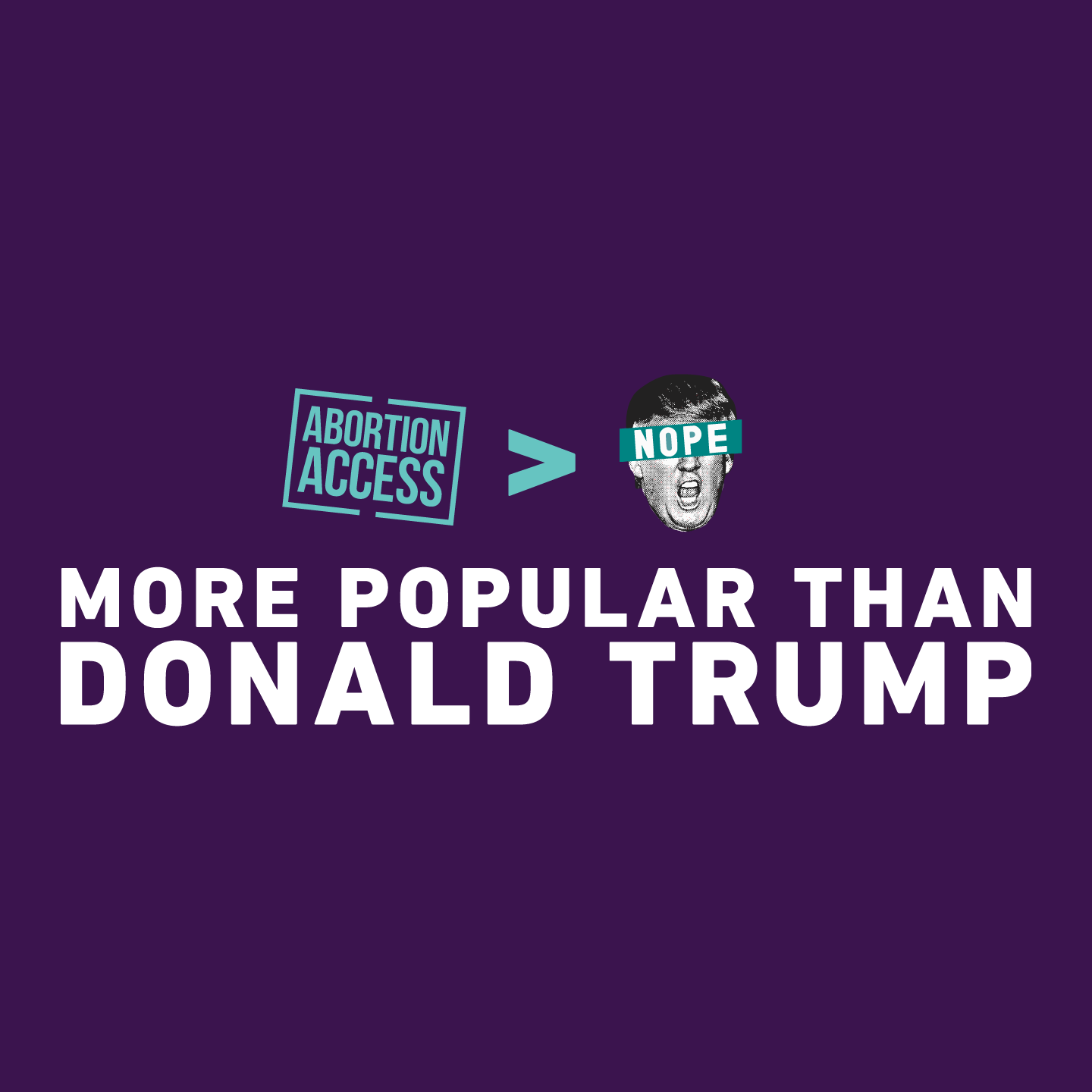 To underscore the reality that was distorted on the ground, UltraViolet, a national women’s organization, commissioned a plane to fly a banner near the march. “ABORTION ACCESS MORE POPULAR THAN DONALD TRUMP,” it read. The group also took out an ad in a free local paper to remind the marchers that 70 percent of Americans support abortion access.

“We know that Donald Trump cares about his approval ratings and doesn’t care about facts. So here is a fact he, and those who will be marching today, will especially hate—abortion access is more popular than Donald Trump,” said Shaunna Thomas, co-founder of UltraViolet, in a statement. “To drive this point home, we’re launching this campaign and timing the launch to today’s march. Like the small number of Americans who support Trump, Americans who support taking away women’s freedom to choose are not the majority.”