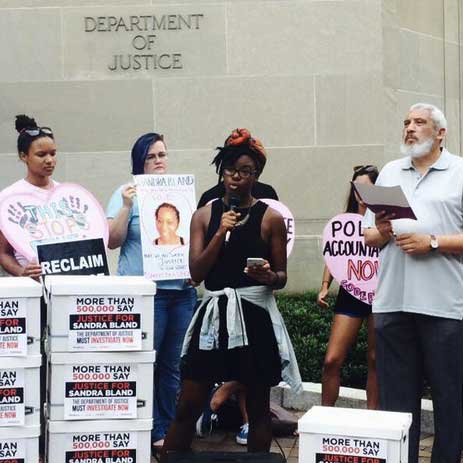 UltraViolet, a group advocating an expansion of women’s rights, is among those gathering on the steps of the Justice Department today, and will bring a mobile billboard broadcasting their demands. “If we want to learn what actually happened to Sandra in her jail cell we need Attorney General Lynch and the Department of Justice to get involved,” wrote Nita Chaudhary, the group’s co-founder, in a press release today. “The deaths of black women at the hands of police, with no accountability, needs to stop. We can’t leave the investigation of Sandra Bland’s death in the hands of local officials.”