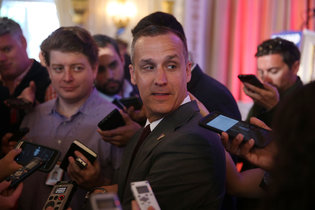 Nita Chaudhary, a co-founder of UltraViolet, an advocacy group that fights sexism, denounced Mr. Trump for sticking by Mr. Lewandowski. “What Donald Trump is doing fits the very definition of victim blaming, and it is not only unacceptable, it is actively dangerous,” she said. “They are belittling Michelle Fields’s claim despite overwhelming evidence.”