#GoodellMustGo banners will return for the NFC and AFC championship games 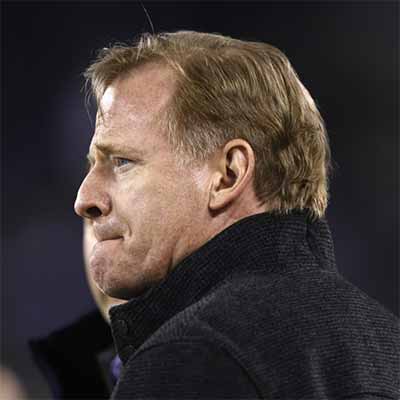 NFL Commissioner Roger Goodell may have thought he put the league’s mishandling of the Ray Rice domestic assault case behind him when Robert Mueller released his independent report earlier this month, but some aren’t so ready to forgive and definitely not to forget. The national women’s advocacy organization UltraViolet has plans to resurrect its “#GoodellMustGo” banners, which flew over certain regular-season games last year, for the NFC and AFC championship games on Sunday.