How the Kavanaugh Protests Reached the National Stage 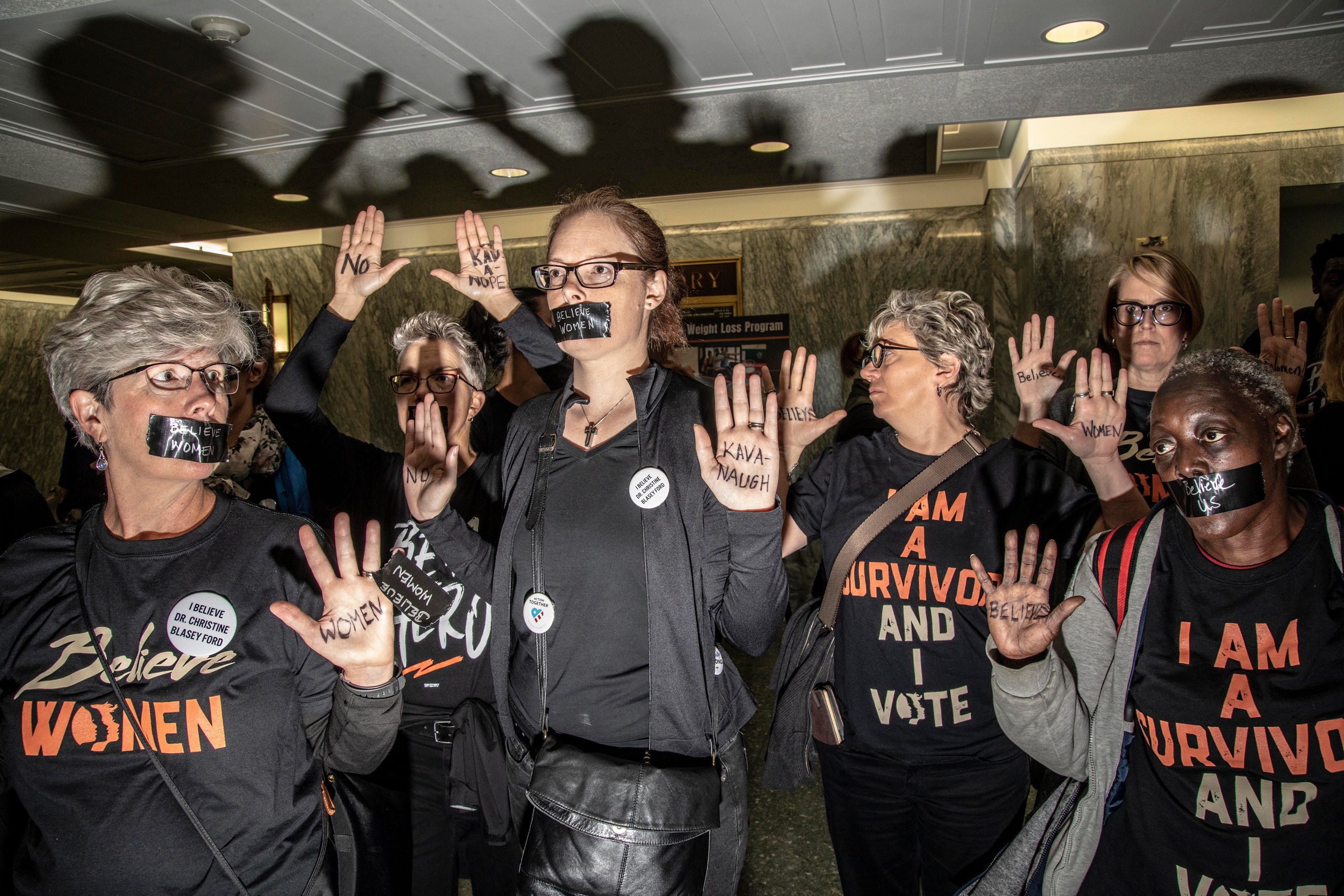 When the doors to the Hart Senate Office Building opened at 7:30 a.m. last Friday, a few protesters making a final show of opposition to the Supreme Court nomination of Brett Kavanaugh were waiting to be let in. As they waited, a woman named Maria Gallagher, with dark hair and glasses, introduced herself to me. She told me she lived in the area and had taken the morning off from work in response to a call to action from the progressive organizations MoveOn and UltraViolet. I asked if she was planning to get arrested—many of those visiting the building that day were prepared for civil disobedience. She said “no.” She had told her employer that she would be in by noon.