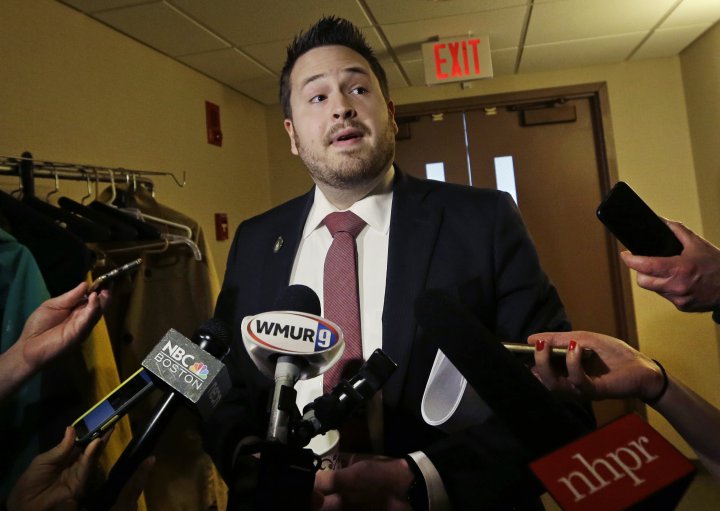 Ahead of Wednesday’s vote, members of the women’s advocacy group UltraViolet, Action Together New Hampshire, Granite State Progress and Rep. Debra Altschiller held a news conference arguing that Fisher should be expelled. Some dressed as characters from the book and television series, “The Handmaid’s Tale,” which imagines a dystopian republic in which women have lost their rights and even their identities.