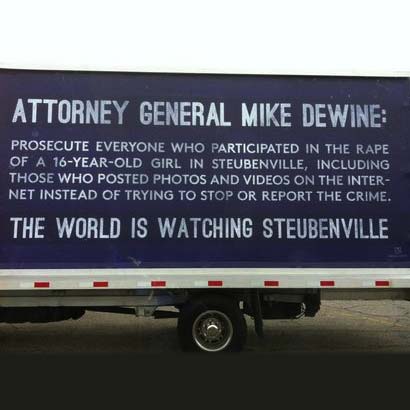 STEUBENVILLE – A national organization is sponsoring a mobile billboard that is traveling throughout the city this week, calling for justice in the alleged rape of a 16-year-old Weirton female. “Justice needs to be served. A rape was (allegedly) committed and people need to be held accountable. Women across the country see themselves in this story and we are tired of this. We want justice,” Karin Roland, UltraViolet campaign director, said in a telephone interview Wednesday.