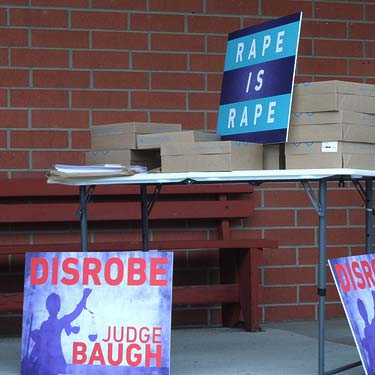 The National Organization of Women, better known as NOW, filed a complaint on Tuesday against Judge Todd Baugh of Billings for his comments and perceived leniency during the sentencing of Stacey Rambold… On Tuesday, members of NOW along with a group known as Ultraviolet delivered 144,000 signatures in boxes along with the complaint to Montana’s Judicial Standards Commission in Helena.