A “Stop Enabling Abuse” Banner Flew Over Hollywood Today, In Response to the Culture That Enabled Harvey Weinstein 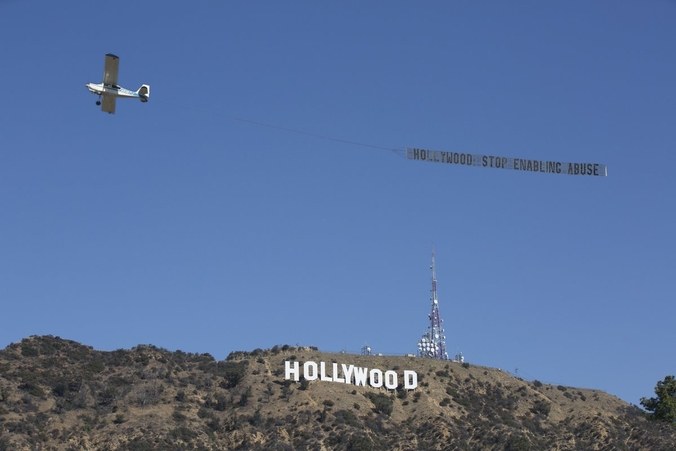 The plane was chartered, and message written, by the women’s advocacy group UltraViolet, which has hardly been lacking in inspiration over the past year. In April, it sent the message “Fox: #DropOReilly, The Sexual Predator” flying over New York and Fox News’s headquarters to demand that the network fire its host Bill O’Reilly, whose settlements surrounding sexual assault amounted to $13 million. And just last week, lest we forget that a man repeatedly accused of sexual abuse is currently the president, UltraViolet also set up a truck blaring Donald Trump‘s infamous Access Hollywood tape on loop in front of the White House, one year after it surfaced.