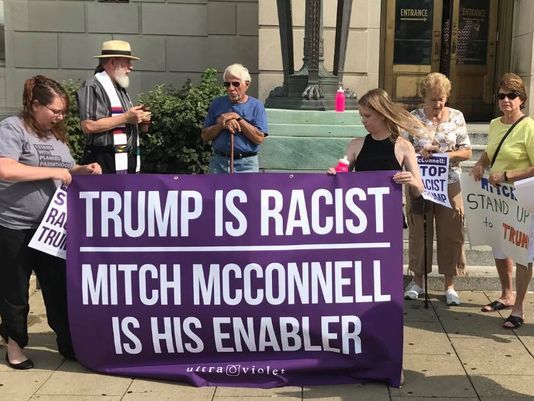 “The President of the United States is a white supremacist sympathizer, and Senate Majority Leader Mitch McConnell has only enabled this terrifying reality,” Nita Chaudhary, co-founder of UltraViolet, said in a statement. “We demand that McConnell say more than just that Nazis are bad – he must take real action to hold President Trump accountable for sympathizing with neo-Nazi violence in Charlottesville.”