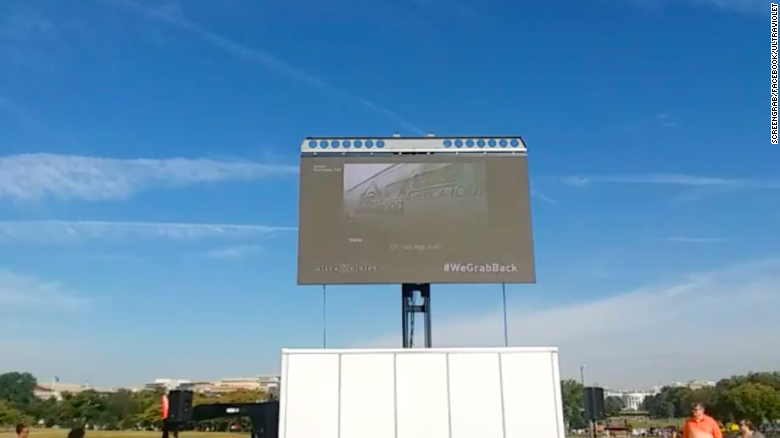 “We really just want to remind the American people who Donald Trump is, and who he explicitly told us who he was in this videos: A self possessed, proud sexual predator,” Emma Boorboor, a campaign director for UltraViolet, told CNN.