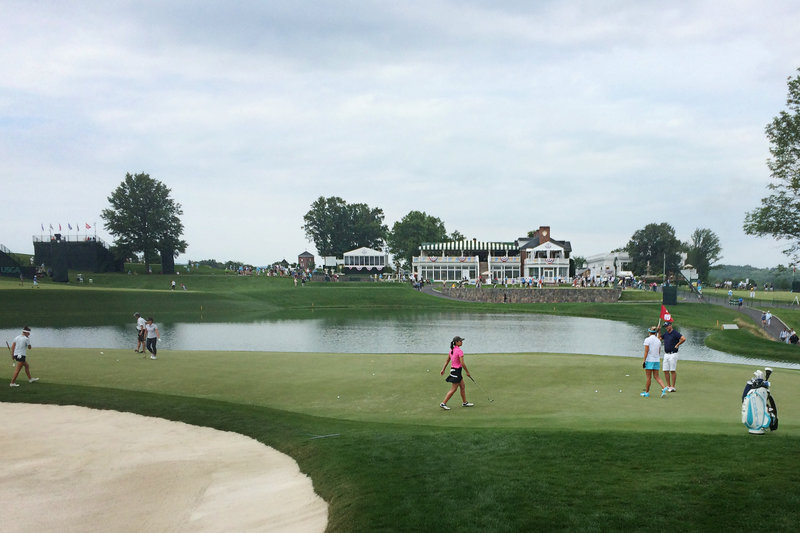 “Holding the tournament on this course sends the exact wrong message,” says Shaunna Thomas, co-founder of UltraViolet, a group that advocates for women’s rights. It’s been pushing the USGA for months to move this tournament to another course. UltraViolet even hired a plane to fly above the U.S. Open men’s championship in Wisconsin last month pulling a banner that urged the USGA to “take a mulligan, dump Trump.”

“They’re giving millions in revenue, free advertising and branding, to his platform and policies,” Thomas said, “which repeatedly degrade women, and encourage hate and division.”