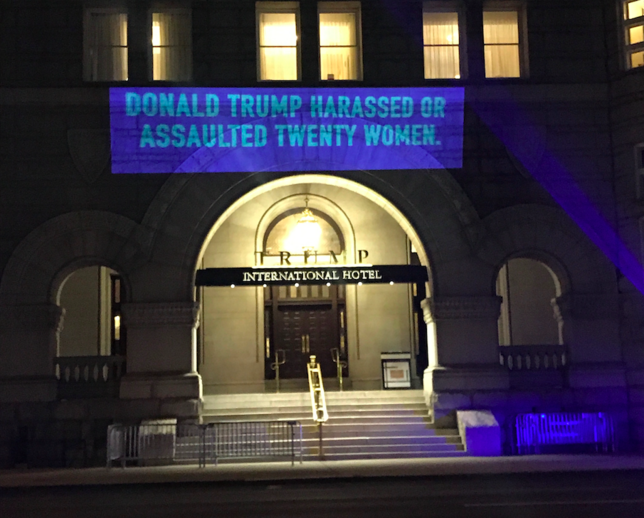 A women’s rights group used the occasion of Donald Trump’s first State of the Union address to bring renewed attention to allegations of sexual assault against the president.

UltraViolet, an organization aimed at fighting sexism in politics, media and pop culture, projected a message onto Trump International Hotel in Washington, D.C., on Tuesday evening, just hours before the president was scheduled to deliver his remarks.