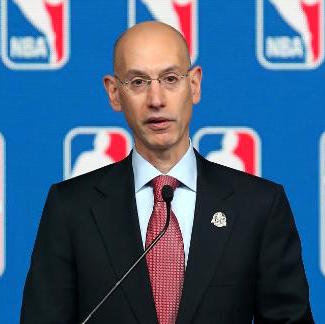 Earlier today, NBA Commissioner Adam Silver told reporters that the NBA would move the 2017 All-Star Game from Charlotte if North Carolina lawmakers did not change and repeal HB2 – the state’s new controversial law that prevents transgender individuals from using the bathroom that corresponds with their gender, and nullifies existing LGBT protections passed by North Carolina cities.

Silver’s statement today is the strongest denunciation of North Carolina’s transphobic law by the NBA Commissioner since it was passed in March, and the first time the NBA has openly stated they would move the 2017 All-Star Game unless the law is repealed.

Reacting to NBA Commissioner Adam Silver’s latest comments, Nita Chaudhary, co-founder of UltraViolet, a national women’s advocacy organization, issued the following statement, praising the NBA for taking a strong stand against HB2 and urging the NBA to announce a clear timetable for the law’s repeal:

“We applaud Commissioner Silver for finally listening to thousands of NBA fans and UltraViolet members by taking a clear stand against HB2 and by declaring that the 2017 NBA All-Star Game will not be played in a State where people in the LGBTQ community are subject to open discrimination and hate.

“But without a timeline for HB2’s repeal, statements like these are meaningless.   Silver should know better than to expect that the same elected officials who passed this cruel and hateful law would reverse course without pressure.

“Silver and the NBA need to set a clear timetable for the repeal of HB2 and promptly move the 2017 All-Star Game out of Charlotte unless that timetable is met.  Only then, will the NBA made it clear that they stand with North Carolina’s LGBTQ community and against hate and discrimination.”