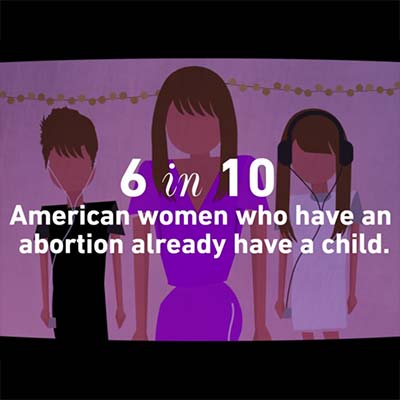 Late last week, GAWKER Media, parent company for feminist blog Jezebel, rejected a refreshingly honest new video ad campaign that aims to dispel myths and provide critical facts about abortion. National women’s group Ultraviolet created the video, which included myths and facts on how common abortion is and the kinds of difficulties that women may have accessing the procedure.

Gawker Media, which has a policy of accepting issue related ads, rejected UltraViolet’s video campaign citing a “more conservative” advertising department. In an email to UltraViolet, a Gawker Media staffer, who originally accepted the ad, explained the rejection:

“While Jezebel’s editorial content is very feminist, our advertising management team tends to be more conservative on the advertising we can accept.”

Nita Chaudhary, co-founder of UltraViolet, responded to the rejection saying:

“Gawker Media’s rejection of these ads is a clear indication that dangerous and false stigmas about abortion are pervasive throughout our cultural spaces. We appreciate Jezebel’s editorial staff writing on the ad, but let’s be clear, any ad policy that deems women’s health as controversial is problematic.

We are saddened that Gawker Media’s advertising staff see women as a key demographic worth targeting with branded feminist content, but refuse to air critical ads on a common medical procedure a third of women will have in their lifetime.

Plain and simple — this video aims to dispel dangerous myths that stigmatize and undermine access to fundamental reproductive health care, the same stigma being perpetuated here by Gawker Media when they deem facts about abortion to be controversial. We will continue to appreciate the fine work from Jezebel’s editorial side, but we will also continue the fight to find ways to get this information out.”

UltraViolet is working on a new plan to go on offense on this topic now, with more details to come this week.

For more information, or for interviews with UltraViolet, please contact Brett Abrams at 516-841-1105 or by email atbrett@fitzgibbonmedia.com.

UltraVioletis an online community of over 700,000 women and men who want to take collective action to expose and fight sexism in the public sector, private sector and the media. Find out more at WeAreUltraViolet.org.