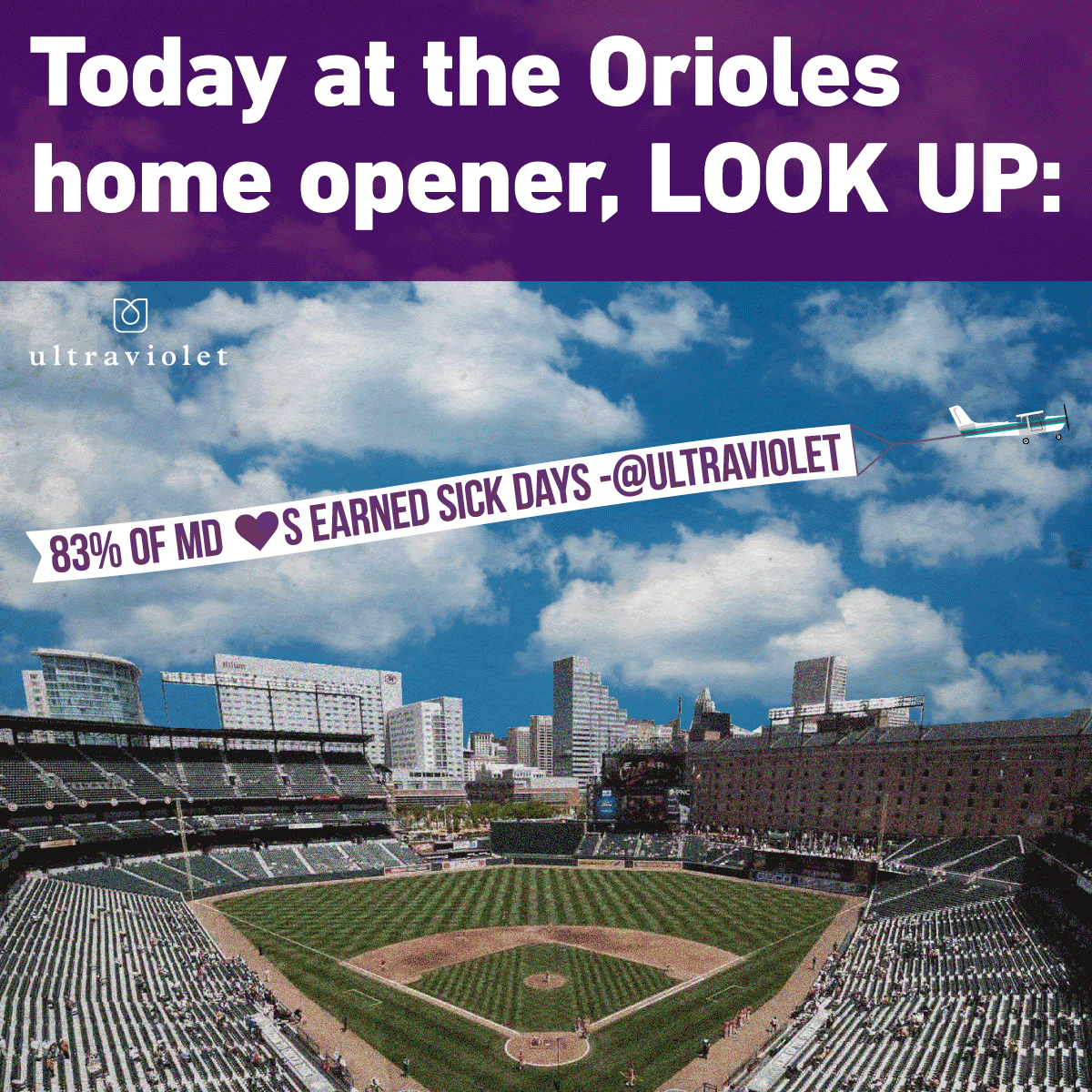 BALTIMORE, MARYLAND — On Monday, April 4th, as the Baltimore Orioles face off against the Minnesota Twins at Oriole Park at Camden Yards, a plane will fly over the game highlighting how 83% of Marylanders support earned sick days legislation.

The Maryland House of Delegates is currently debating legislation that would require companies of more than 15 people to allow their employees to earn up to seven days of earned sick leave.

“More than 700,000 Marylanders lack earned sick leave – meaning they put their jobs at risk, every time they stay home from work for an illness.  Even if a worker doesn’t lose their job for taking a sick day, in this economy missing even a few days of work could mean the difference between paying bills and buying groceries – or not,” said Shaunna Thomas, co-founder of UltraViolet.  “Marylanders overwhelmingly support earned sick leave.”

UltraViolet will also fly planes at MLB games in Minneapolis and San Diego highlighting the importance of earned sick leave and a living wage.

** Due to security concerns, no air traffic is allowed over the stadiums up to one hour prior to the start of the game.  Planes are scheduled to fly for two hours above each stadium prior to the no-fly restrictions.  For more information, or for interviews with UltraViolet, please contact Brett Abrams at 516-841-1105 or by email at brett@unbendablemedia.com.

UltraViolet is an online community of over 700,000 women and men who want to take collective action to expose and fight sexism in the public sector, private sector and the media.  Find out more at WeAreUltraViolet.org