Women’s Group: From NBC News to NBC Entertainment, Comcast Has Created An Atmosphere That is Dangerous and Toxic To Women 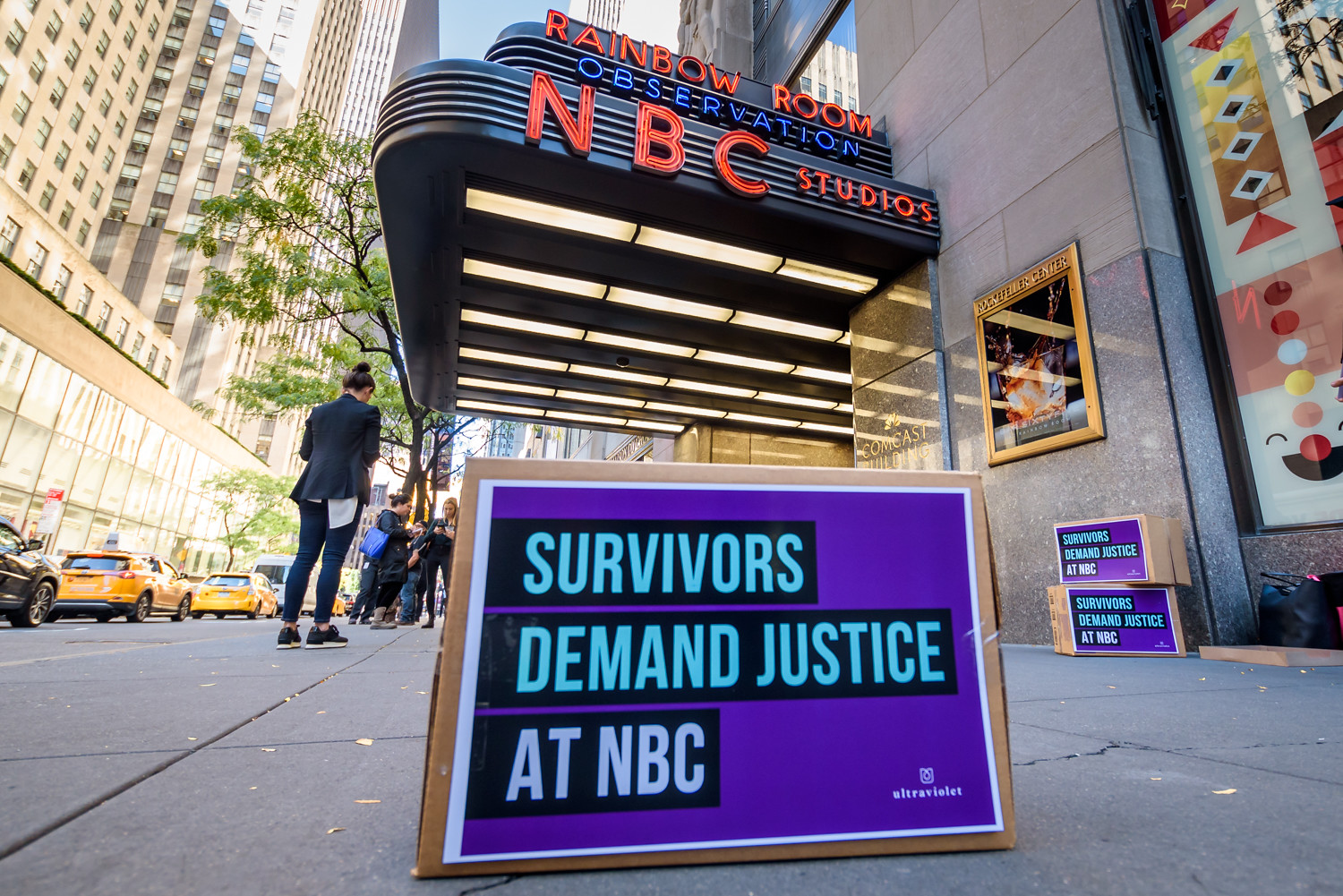 Women’s Group: From NBC News to NBC Entertainment, Comcast Has Created An Atmosphere That is Dangerous and Toxic To Women

UltraViolet Says Culture Of Abuse Must Be Immediately Addressed

Last night, it was reported that NBC has launched an internal investigation into “America’s Got Talent” eight days after it was announced that judge Gabrielle Union would not be returning to the series amid complaints of a toxic culture on set.

In reaction to the report, Shaunna Thomas, co-founder and executive director of UltraViolet, issued the following statement, explaining:

“We applaud Gabrielle Union for speaking truth to power and being unapologetic in exposing the toxic workplace culture on ‘America’s Got Talent,’ and we know the problems at Comcast/NBCUniversal go far deeper than one or two shows, or one or two bad apples.

“Whether it’s Matt Lauer or Simon Cowell, Comcast/NBCUniversal have fostered a work environment that empowers men to abuse women in the workforce, all while corporate executives look the other way, or worse, protect the abuser and silence those who speak up.

“Comcast/NBCUniveral’s piecemeal approach to addressing a culture of abuse only when it is exposed in the media, must end. Internal investigations are entirely insufficient. The last time Comcast/NBCUniversal conducted an internal investigation, they exonerated their decision-makers and enablers of abuse, and failed to make systemic changes that addressed the root of the problems.

“It is time for a company-wide independent investigation into the toxic culture at Comcast/NBCUniversal. Comcast can and must do better.”

In the past months, UltraViolet has consistently called for Comcast/NBCUniversal to address its toxic workplace culture. In November, UltraViolet organized a letter to the DNC, signed by Presidential candidates Sen. Bernie Sanders, Sen. Elizabeth Warren, Sen. Kamala Harris, and Sen. Cory Booker, calling on the DNC to demand Comcast/NBCUniversal take action to address the toxic culture that exists across their newsrooms and boardrooms. In October, members of UltraViolet rallied outside of NBC’s headquarters in New York City to deliver more than 20,000 signatures. The group demanded that NBC:

UltraViolet also sent an open letter to Comcast CEO Brian Roberts calling on him to commit to proactively develop a safe, equitable work culture that truly addresses abuses of power and laid out the crucial steps that the organization should take to do so. Comcast has yet to respond.