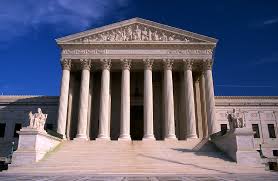 “With clinics under attack, and anti-woman activists relentlessly pursuing aggressive policies to deny women both abortion access and choice – through increasingly complicated, deceptive, and medically unnecessary legislative requirements – today’s decision by the Supreme Court provides much-needed relief for the millions of women across the country who rely on reproductive healthcare services by affirming that such restrictions are wholly unconstitutional.

“This decision comes as fourteen states have passed thirty anti-abortion laws – this year alone – that make access and choice contingent upon your zip code and paycheck.  From Ohio to Florida to Texas – these laws place nearly insurmountable burdens on women of color and low-income women seeking access to reproductive healthcare.  Violence continues to be a threat too – last month’s arson that shuttered a Planned Parenthood clinic in California is just another in over a dozen clinic terrorist attacks since last summer.

“While this fight is not over, we applaud the Supreme Court for once again boldly asserting that women in the US have an inalienable right to access abortion and the full array of reproductive health services that are a critical part of women’s health care.  The Constitution, the Supreme Court and the American people stand with women to make the right decisions for their health, their families and their future.”