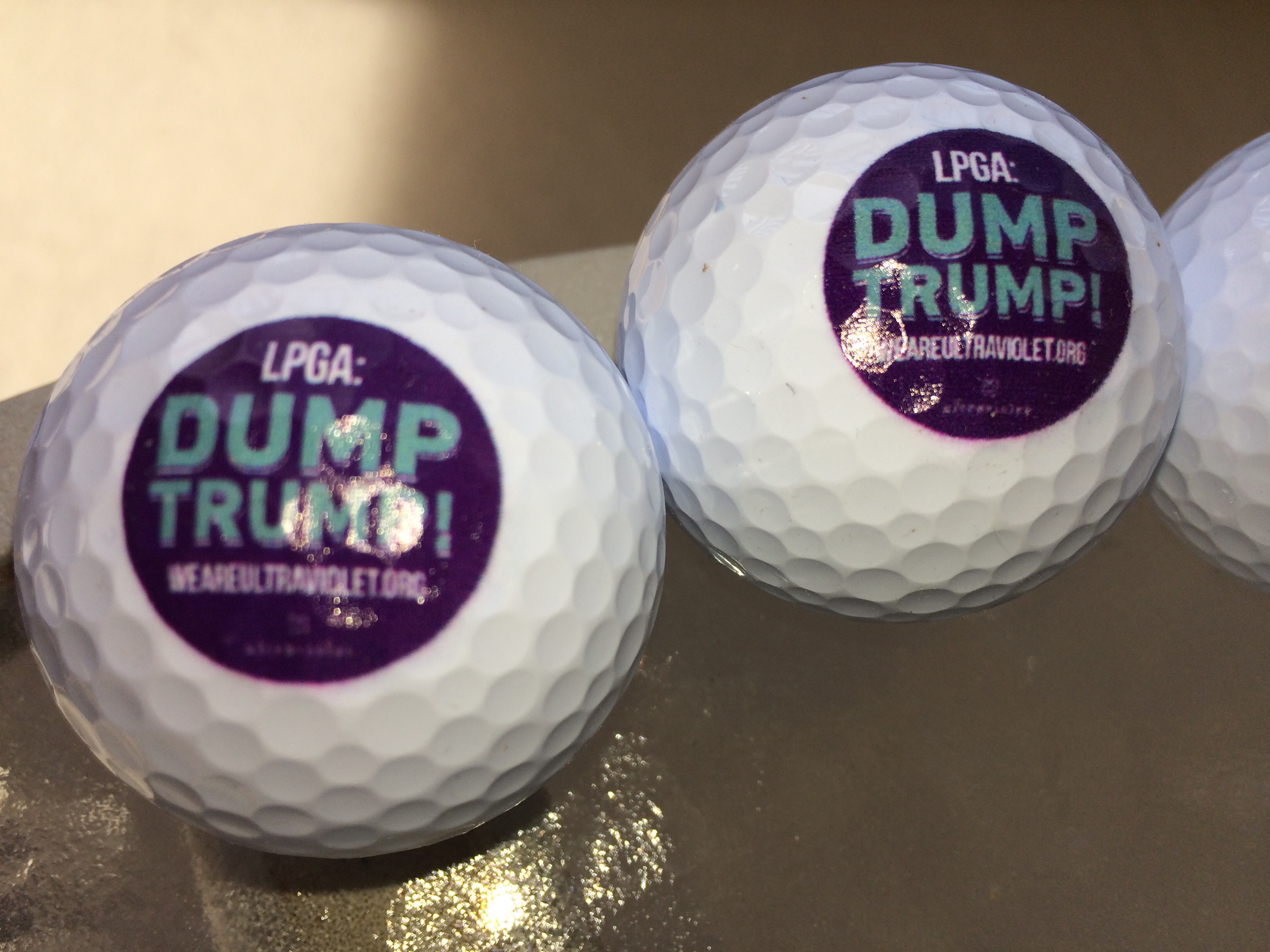 PHOENIX, ARIZONA– On Saturday, March 18th, at the LPGA Bank of Hope Founders Cup in Phoenix, members of UltraViolet, a leading women’s group will be out in force urging the LPGA to sever ties with Donald Trump and move the 2017 U.S. Women’s Open from Trump’s Bedminster Golf Course.

UltraViolet has also commissioned a plane to fly over the tournament starting at 4pm ET.  The plane will carry a banner reading:

Despite public outcry against the USGA and LPGA for planning to hold its 2017 U.S. Women’s Open Tournament at Donald Trump’s golf resort in Bedminster, NJ, the women’s major championship at Trump National Golf Club is still on as scheduled. The tournament will take place July 13-16.

“By holding the US Women’s Open at Trump’s golf courses, the LPGA is giving millions in revenue, free advertising and branding to Trump, a racist, sexist, sexual predator.  That’s deeply disappointing. The LPGA should not be rewarding Trump’s bigoted brand and normalize his platform and policies that degrade women and divide our country.”  said Shaunna Thomas, Co-founder of UltraViolet. “The USGA and LPGA need to send a clear signal to young golfers, including women, people of color, and people with disabilities that it stands against Trump’s brand of hate, and for an inclusive strong future by moving  the upcoming U.S. Women’s Open from Trump National Golf Course.”

More than 100,000 people have signed onto a petition from UltraViolet, calling for the LPGA to move the US  Women’s Open out of the Trump National Golf Course. The petition notes that by holding the tournament at Trump National Golf Course, the LPGA is giving millions in revenue, free advertising and branding to Trump, a misogynist, racist and serial sexual predator.