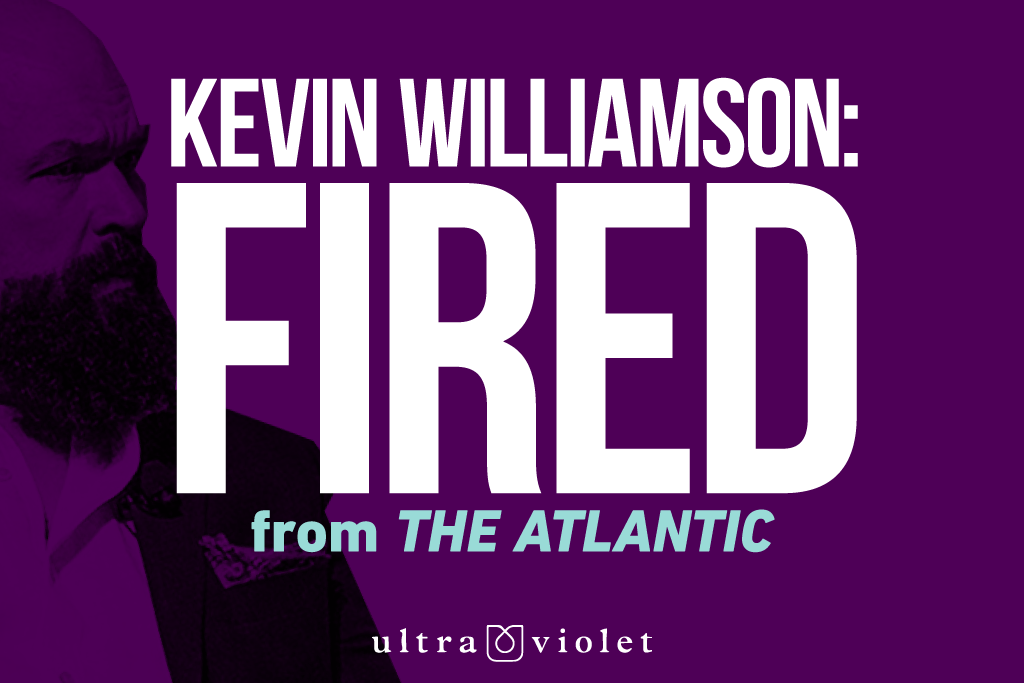 Let’s be clear: This is due to UltraViolet members speaking out, along with writer Jessica Valenti and our allies at NARAL Pro-Choice America and Media Matters for America. That includes the more than 25,000 UltraViolet members who signed a petition for him to be fired and more than 1,000 members who wrote a letter to editor-in-chief Jeffrey Goldberg, who made the final decision to terminate Williamson on April 5, 2018. UltraViolet members also tweeted at him and The Atlantic‘s president and executive editor to pour on even more pressure. When we refuse to stand for a media that normalizes abortion stigma, racism, rape culture, and transphobia, we can win.